Victoria Beckham Will No Longer Be Wearing Heels Again. 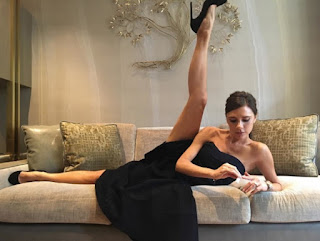 Mrs. Victoria Beckham, the fashion icon known for not being able to concentrate in flats, publicly announced she could no longer wear heels.  “At least not when I’m working,” she told the popular UK news source The Telegraph this year.  “I travel a lot. Clothes have to be simple and comfortable.” Beckham further explained she’ll have to stay away from those 6 inch stilettos and incorporate flats into her fashion, moving forward.


In 2011 the fashion designer was ordered by doctors to stay away from her sky high stilettos due to a slipped disc in her back during her pregnancy with daughter Harper Seven.  And even though the doctor’s orders were to take effect right away, Mrs. Beckham was still seen wearing heels despite the severity of her back problems.  Five years later she explains she can no longer wear heels.

But, did Victoria Beckham Really Ditch the Heels for Good?

The former Spice Girl hasn’t hung up the heels altogether.  She has been seen wearing heels to red carpet events.  In fact, she reports heels are still a part of her wardrobe, yet simply not like before.  Lately, she’s been photographed in flats and sneakers and reports say she seems to be liking it. 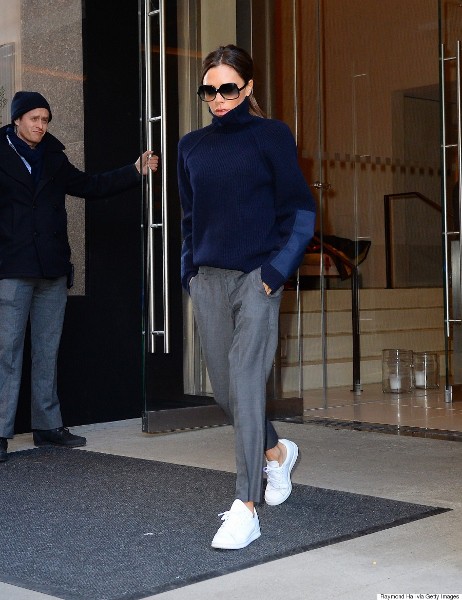 Lady Beckham, 42, stands at 5’4 inches, weighs 108 lbs, wears size 7 shoes, and suffers from the painful foot deformity of bunions. It had been reported she would have an operation in 2009, but it never happened. To date we have yet to get confirmation on this surgery. An insider believes she hasn’t made time for it due to her heavy work agenda. 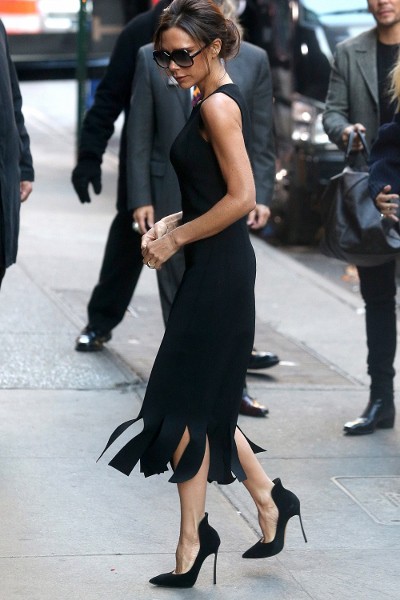 When is it Okay to Say Enough is Enough with High Heels?

My answer to the question above is, “ANYTIME.” It’s okay to say goodbye to heels whenever they become a health issue or simply whenever they are no longer comfortable to wear. Your body has a good way of telling you it is uncomfortable with aches and pains, inflammation, redness, bruising, weakness… And when these become more and more apparent, it could be a sign that you should attempt wearing low kitten heels or no heels at all.

As ladies, we should have flatsies” everywhere we go, because you don’t know when your feet will give up on you. And yes no matter how comfortable the heels are. Because wearing high heels is a super terrestrial accomplishment (your body in heels walks against its anatomical position), whether you opt to wear those heels plushed with comfort or not, at some point your body will give up on them. For this reason, always have with you some cute, dazzling flatsies in your car and bag. You will thank yourself for preparing in advance, and your feet will be happy.

Nice one. Like I replied to a comment on Sunday's style post: making a style statement is important especially when you have to evolve. Vicky's style is evolving . . . Yet she slays and stays true to her identity. I like.

I totally understand where is coming from. Clothes need to be comfortable. Love her in both flats and heels.
Simera |Beautetude

Heels or flats, she is always so stylish!
Kisses
Paola ♡
PollywoodbyPaolaFratus

She's probably going to ditch it later. I guess she's doing it bit by bit by slowly incorporating flats into her outfit. Enjoyed reading this.
Quick Life Update : The Abusive Relationship I Am In
Www.laitanbee.com