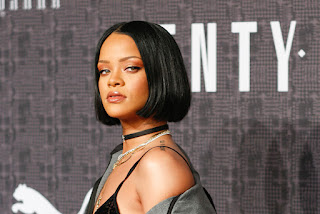 All hail the queen of shoes.Three hours is how long it took for Rihanna’s first shoe for Puma — the Creeper — to sell out when it debuted last fall and it continued to gain momentum during this year.

“In my wildest dreams, I never would have imagined an honor like Shoe of the Year,” Rihanna told FN. “It means so much to me to make a mark like this in the shoe and sneaker industry and to have so many people share my love for the Creeper.” 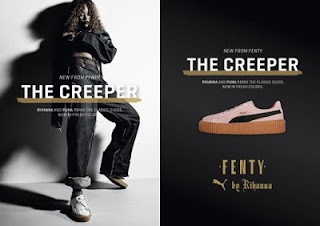 The Fenty Puma Creeper was the only choice for the 2016 Shoe of the Year: The sought-after honor will be presented at the 30th annual Footwear News Achievement Awards in New York on Nov. 29.

Alas another shoe have taken over from Kanye West's Yeezy boost. mehn it felt like we were never gonna hear the last of the yeezy boost sneakers..lol... Am kinda seeing the beauty in this creepers.......now screaming i wanttttt.*shinningteeth* Last year Kanye West won the shoe of the year with his sought after yeezy boost and if you missed his acceptance speech, don't worry the video is below for you to watch.

So tell us is Rihanna's creeper worth the win or is the yeezy boost meant to still bag the award?

The creeper are not my fav model of shoes!
Kisses, Paola.

I'm already following you, I'm the follower no. 54. Please follow back

i love her style
I posted a NEW OUTFIT, I'd love to know your opinion
would you like to pass from my blog?
fashion blogger
kiss

Women are really taking over!meehn!!
and i love the creepers too