A recently unwrapped mummy’s footwear appears to be ahead of its time.

The 1,500-year-old remains of a suspected female discovered in Mongolia’s Altai Mountains included well-preserved boots that ignited a torrent of comment on social media. 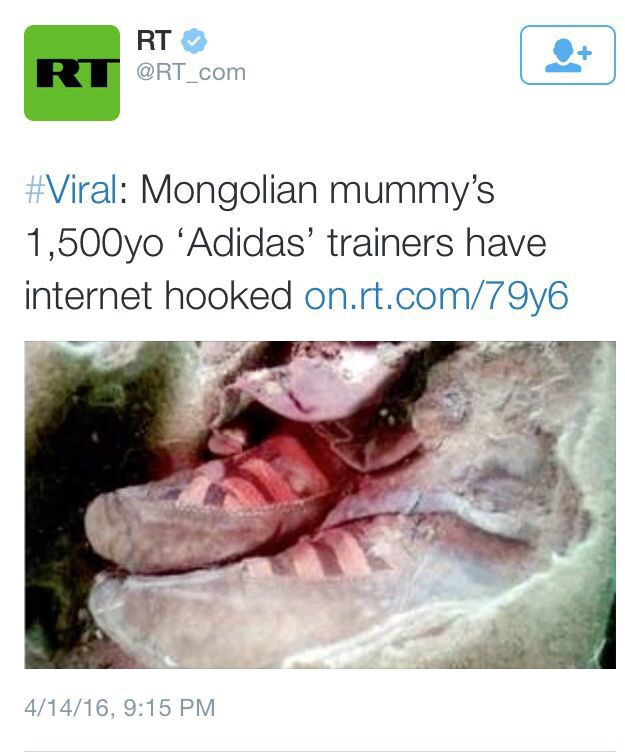 An image of the body ranked among Facebook’s trending topics Thursday after users compared the footwear to Adidas shoes because of its three-stripe design.

Other items archeologists found in the grave include a saddle, bridle, clay vase, wooden bowl, iron kettle, the remains of a horse, a leather bag and clothes.
But the mummy’s no label queen, in fact, researchers told the Siberian Times in a recent interview that they believe she’s a commoner.

“This person was not from elite, and we believe it was likely a woman, because there is no bow in the tomb,” Khovd Museum researcher B.Sukhbaatar explained, adding that the cool temperatures helped preserve the grave.

The discovery is believed to be the first complete Turkik burial found in Central Asia.
Here is a picture of the sample sneakers below... 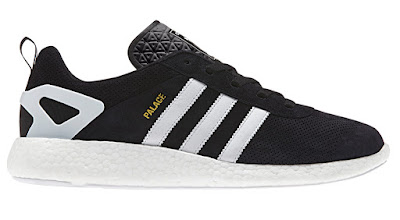 
Where do broken hearts go? That’s the question on my mind, with tears running down my cheek and my pillow is soaked from it. My heart is broken, my eyes are heavy with tears, my hands are weak to write. I  am trying to be strong but I can't help it, remembering the experience makes me cry the more. Can someone please hug me and tell me it's all right
continue

Hey, sweetie! Where are you? How are you??