After months of speculation, Kurt Geiger has found a new home at Cinven, a European private equity firm. The $372 million deal is the latest in a string of high-profile acquisitions at Kurt Geiger, which has seen three owners in four years. Kurt Geiger represents Cinven’s first investment in fashion.

“From the first meeting, we knew they would be our best partners,” Neil Clifford, CEO of Kurt Geiger told Footwear News today. “Of all the people who were bidding for the company, they understood our business plan the best and understood how we could deliver and execute our plan over the next five 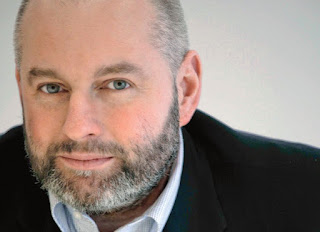 “Kurt Geiger represents an exciting opportunity to acquire the U.K.’s leading women’s footwear and accessories company, with significant international growth and consolidation opportunities,” said Maxim Crewe, a partner at Cinven. “The business enjoys an attractive specialist retail model with multiple brands and routes to the market.”

Here are four reasons why Cinven was attracted to Kurt Geiger, which generated sales of 260 million pounds, or about $396 million, for the year ended Dec. 31 .

1.
The U.K. footwear market continues to show growth potential at a time when other markets are stumbling. Right now, it’s worth about 8 billion pounds, or $12.2 billion, with a 3 percent annual growth forecast, according to Cinven. In particular, London department stores Harrods, Selfridges and Liberty — where Kurt Geiger operates shoe concessions — have held their own during difficult economic times. The 2014 opening of Shoe Heaven at Harrods, a collaboration between Kurt Geiger and the department store,  garnered global buzz and sparked nearly every department store around the world to take another look at their luxe shoe business.

2.
Clifford and Buying and Creative Director Rebecca Farrar-Hockley, along with CFO Dale Christilaw, have guided the company through many chapters, tapping into key opportunities at the right times. Clifford and Farrar-Hockley are very visible in the footwear world and continue to build relationships with the biggest names in the business. Manolo Blahnik, for example, partnered with the duo to open a shop at Harrods, one of his biggest expansion moves in many years. 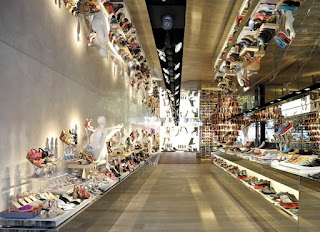 3.
Outside of the luxury business, the firm is focused growing its namesake Kurt Geiger label and operates more than 80 stores under that nameplate globally. In the past few years, the brand has increased its visibility among celebrities, from Reese Witherspoon to Zoe Saldana to Jessica Alba. Just last week, Chrissy Teigen wore Kurt Geiger in New York for Target’s holiday event.

4.
While the retailer is already a huge player in the U.K., there are several global markets that have further growth potential, including Asia and Australia. Kurt Geiger tried to set up shop in the U.S. market several years ago but decided to shelve expansion plans here. It will be interesting to see whether the companies decide to test their luck stateside again. In addition to geographic opportunities, the children’s market is a big area of growth for the company.

These heels are killer cool!
http://www.mybubblyzone.com/

The shoe is lovely. Am getting a similar one next time i go shoes shopping...